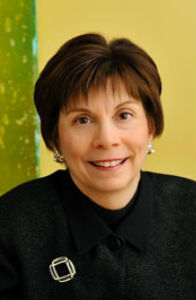 Dana McKee handles all aspects of family law, which includes divorces, separation agreements, custody and child support disputes, and prenuptial agreements. She is a tough but fair negotiator who has successfully handled numerous mediations, trials, and appeals. Dana serves as a Court Ordered Settlement Conference Facilitator for the Family Division of the Circuit Court for Baltimore City and has taught courses on custody issues for the National Association of Social Workers.

Dana has received an AV Preeminent rating from Martindale-Hubbell, the highest possible rating in both legal ability and ethical standards from her peers. Less than 5% of women lawyers have been recognized with an AV Preeminent rating. Since 2013 Dana has been listed annually in Maryland Super Lawyers. She was listed in Top 50 Women Maryland Super Lawyers 2014, 2015, and 2018 and in Top 100 Maryland Super Lawyers 2014 and 2015, for lawyers who received the highest point totals in the Maryland nomination, research, and blue ribbon review process. Since 2014, Dana has been selected by her peers for inclusion in the The Best Lawyers in America. She is listed in the fields of Family Law and Commercial Litigation.

In addition to family law, Dana handles a variety of complex commercial and personal injury litigation matters. In March 2000, she obtained substantial sanctions against a national manufacturer and its attorneys for discovery abuses in a product liability case – a decision that has received statewide and national attention. Prior to joining Brown, Goldstein & Levy, Dana was an attorney with Frank, Bernstein, Conaway & Goldman, where her practice was devoted exclusively to complex commercial litigation.

Dana lives in Baltimore City with her husband and daughter. She is active in her community, having served as the Vice- President and then President of the Ten Hills Community Association. She was instrumental in obtaining the historical designation for the Ten Hills community. She also has worked closely with city officials and leaders from the surrounding communities in the redevelopment of the abandoned Uplands Apartments in Southwest Baltimore. Dana enjoys spending time with her family and friends, cooking, and renovating her historic home.